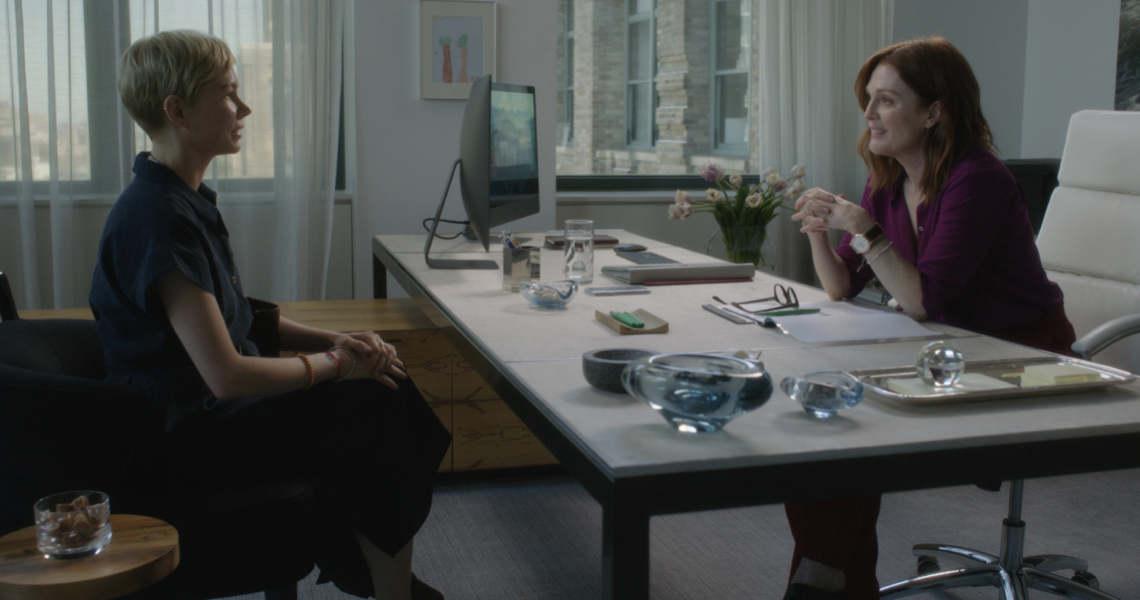 Film Summary: Isabel (Michelle Williams) has dedicated her life to working with the children in an orphanage in Calcutta. Theresa (Julianne Moore) is the multimillionaire head of a media company who lives with her handsome artist husband (Billy Crudup) and their two adorable twin boys in New York. When word comes to Isabel of a mysterious and generous grant for the financially struggling orphanage, she must travel to New York to meet the benefactor—Theresa—in person. And when Isabel is spontaneously invited to Theresa’s daughter’s wedding, Isabel discovers a connection to Theresa that takes her on an unexpected journey into her own past. [Sundance]

What the critics are saying:

AFTER THE WEDDING doesn’t so much as skip among its four main characters as arc and gyrate and generate emotional torque. It’s intense – you break a sweat just keeping up.

Are these two women treasures of cinema? Absolutely.

These women are powerhouses, and “After the Wedding” lets them share the screen. It’s impossible to dislike a movie that does that.

After a point, the twists come so steadily that I actually found myself holding my breath for long stretches – despite the fact that I know the original well – eager to see how key revelations would play out within this new dynamic.

ALL TICKET SALES ARE FINAL.

There are no upcoming events at this time.