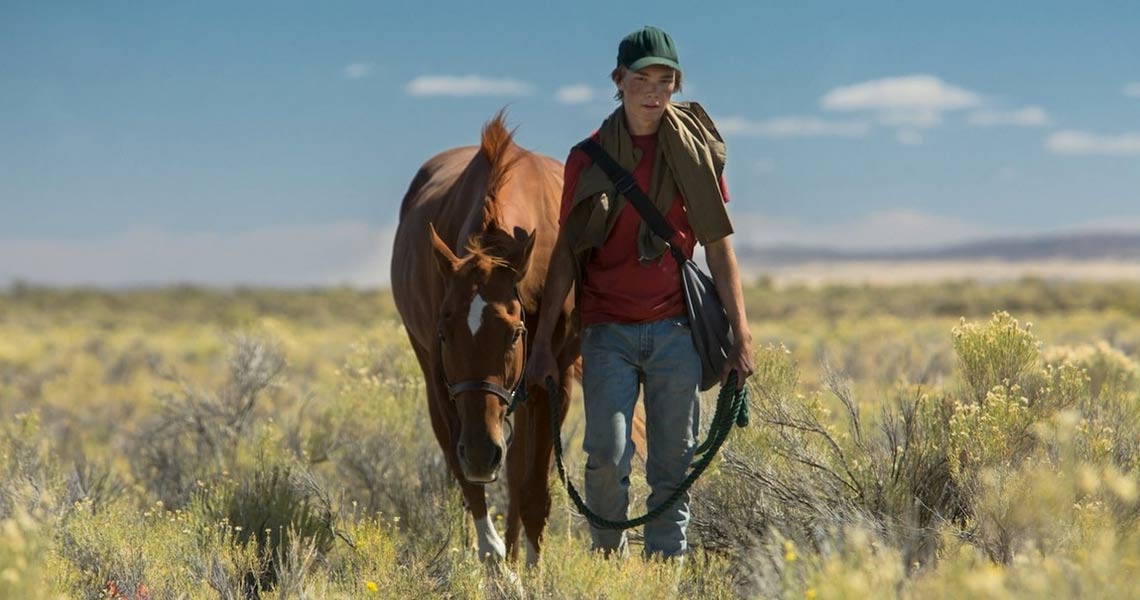 Tickets are not available as this event has passed.

Film Summary: Fifteen-year-old Charley Thompson (Charlie Plummer) arrives in Portland, Oregon with his single father Ray (Travis Fimmel), both of them eager for a fresh start after a series of hard knocks. While Ray descends into personal turmoil, Charley finds acceptance and camaraderie at a local racetrack where he lands a job caring for an aging Quarter Horse named Lean On Pete. The horse’s gruff owner Del Montgomery (Steve Buscemi) and his seasoned jockey Bonnie (Chloë Sevigny) help Charley fill the void of his father’s absence—until he discovers that Pete is bound for slaughter, prompting him to take extreme measures to spare his new friend’s life. Charley and Pete head out into the great unknown, embarking on an odyssey across the new American frontier in search of a loving aunt Charley hasn’t seen in years. They experience adventure and heartbreak in equal measure, but never lose their irrepressible hope and resiliency as they pursue their dream of finding a place they can call home.

What the critics are saying:

The film is a showcase for a very promising young actor named Charlie Plummer. Lanky, sensitive but assured, Plummer gives his character, 15-year-old Charley, a sense of raw decency maintained through trying circumstances.​​

It’s hard to imagine anyone watching Lean on Pete and not rooting hard for Charley’s wish to come true.

Throughout, Plummer is mesmerizing, his sunken eyes and gaunt face telling of the layers of hardships Charley is forced to endure.

ALL TICKET SALES ARE FINAL.

There are no upcoming events at this time.